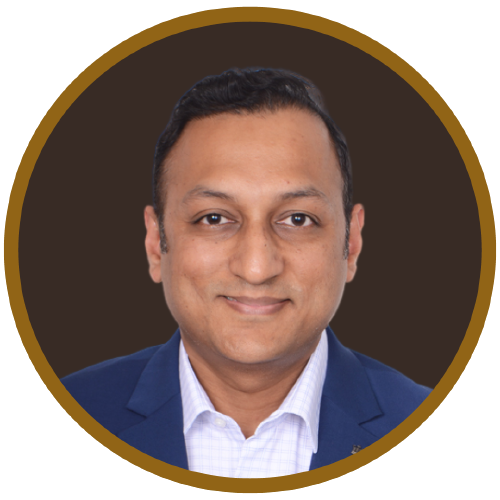 Abhisar Jain is the Head and Fund Manager of Monarch AIF and has 14 years of experience n the equity markets with specialization in equity research and niche in identifying high quality usinesses. Abhisar joined Monarch group in 2019 with a task to set-up the new asset management division at onarch and played an instrumental role in setting up Monarch AIF and launched its maiden equity und in 2020. He is responsible for taking care of the overall growth of Monarch AIF and is involved in ctivities like fund raising, active fund management and overseeing all operational & administration tasks of he division. He has recently been awarded the prestigious 40 under 40 Alternative Investment rofessionals in India 2022 award by Equalifi. He has completed his MBA in Finance from SP Jain Centre of lobal Management and is a CFA charter holder (US). Before joining Monarch as Fund manager, he has reviously worked with Centrum Broking Limited as a lead analyst for Metals & allied sectors on the nstitutional equity business and was associated with it between 2011 and 2019. He earned several accolades in his tint at Centrum including Best analyst awards from renowned Reuters analyst awards for two consecutive ears and Top 10 ranking from prestigious Asiamoney polls for Best analyst in small cap category. He lso has the distinction of special recognition for best stock ideas received from multiple fund ouses like HDFC MF (3 times selection for Best Stock ideas in 5 years), ICICI Pru MF (Special recognition y Mr. S. Naren, CIO) and Aditya Birla MF (2 best stock ideas selections). Abhisar has also worked at ICICI ecurities and TCS earlier in his career. He is highly passionate about equities and draws his inspiration in fund management business from the wisdom of legendary investors like Warren Buffett, Peter Lynch and oel Greenblatt.