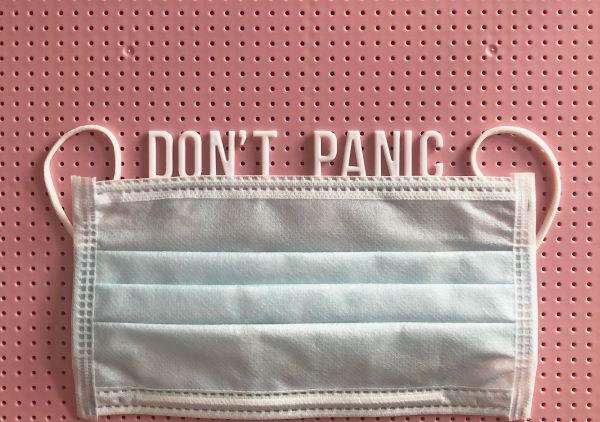 If history is to be repeated, COVID won’t lead to any Depression, but the Liquidity infusion done to prevent COVID impact could lead to a massive rise in asset prices.

We at PMS AIF WORLD took some time out to dwell on the last time the world faced turbulent times like today to learn from history on the way forward, and what could go wrong. But, as we studied, we also notice many differences in the circumstances prevailing then as compared to now.

Industrialization was rapidly shaping lives across the globe from the British Imperialist cities like – London, Calcutta, Singapore, Tokyo, Shanghai were seeing a level of trade and commerce never seen before. The discovery of fossil fuels, motor vehicles, rail networks, and electricity just transformed lives.

New York City was the maximum city – anything was possible here. Downtown New York skyline filled with skyscrapers, millionaire rows, and swanky tailors to cater to the new money who stitched suits with even more perfection than that of London’s Savile Row Tailors.

The Spanish Flu has influenced much of our thought around how the Covid-19 could impact the world economy as it’s the only comparable incident in all of history to the current times.

Spanish Flu’s impact on the economy was very scantly recorded. Newspaper media is probably the only source of information on how the Flu impacted the economy of the USA (one of the most affected nations) as well as other parts of the World. The impact of Spanish Flu on the world economy probably got diluted as WW 1 was going on and was seen as a more severe incident than the outbreak of Flu as WW was visible, but the outbreak of Flu went un-checked and hence became a Pandemic.

As War was on, when the flu outbreak happened, a lot of mortality was recorded amongst the soldiers across the world. During the days of Spanish Flu social distancing and quarantine as a concept were much less understood. Also, the means of communication were not as much developed as we have them today. Thanks to tech & telecom revolutions which happened much later. The COVID 19 is known to impact people above the age 60 or people with weaker immune systems but the Spanish Flu was recorded to have maximum impact on people aged between 20 to 40 years, which meant the contributors to the economy were affected the most. Most of the evidence indicates that the economic effects of the 1918 influenza pandemic were short-term. Many businesses, especially those in the service and entertainment industries, suffered double-digit losses in revenue. Other businesses that specialized in health care products experienced an increase in revenues. Some academic research suggests that the 1918 influenza pandemic caused a shortage of labor that resulted in higher wages (at least temporarily) for workers, though no reasonable argument can be made that this benefit outweighed the costs from the tremendous loss of life and overall economic activity. Research also suggests that the 1918 influenza caused reductions in human capital in various forms like loss of education, & jobs. The impact of Spanish Flu will be very difficult to understand as there are much less data pertaining to the incident however we can reasonably claim that the Great Depression of 1929 was not directly influenced by the Spanish Flu.

By 1920s America had become the largest economy by size and as a result, a lot of investments happened in manufacturing, infrastructure, real estate. These were often financed by the hundreds of banks that had sprung across the USA. Between 1920 and 1930, everybody wanted a piece of the action, from corporates to individuals – everybody tried to speculate on asset prices and the stock markets – a lot of them initially made fortunes too, inspired by which, a lot many more came to speculate in corporate America either through the stock markets or through accumulating real assets like land, & factories. The mad run was then fuelled by leverage provided by the many banks that worked almost unregulated in America. The Spanish Flu in a matter of less than 5 years was completely forgotten. The bubble was absolutely ripe and America’s “Great Depression” began with the dramatic crash of the stock market on “Black Thursday”, October 24, 1929. At the height of the Depression in 1933, nearly 25% of the Nation’s total workforce, was unemployed. Close to 700 banks got shut down in the first year and close to9000 banks got shut over the next 10 years. Wage incomes for workers who were lucky enough to have kept their jobs fell almost 43% between 1929 and 1933. It was the worst economic disaster in American history. Farm prices fell so drastically that many farmers lost their homes and land. Many went hungry.

The point we are trying to make is – Spanish Flu singularly couldn’t have driven to the great depression, Spanish Flu’s influence in the great depression is most likely just psychological as investors and corporates having seen so many hardships in the years before the 1920s that a rise in asset values and the scope of participation in making easy money lured corporates and individuals to speculate, and everyone got trapped in Greed.

Many factors attributed to the cause of the Great Depression but, one of the major, to begin with, was the absence of regulatory oversight or sophisticated global bodies that could guide expansions and control the spread of leverage. Central Banks as we know them today did not exist back then – very few central banks existed and even fewer understood what their role is in the economy beyond printing money. Global organizations like the United Nations, World Bank, IMF were not heard of then so any institutional help or guidance was unheard of then which meant the excess leverage went unchecked and the ill effects were unrecognized. Adding to this, the governments and central banks did not infuse money into the system to keep the fuel running, which most central banks have done today. So unchecked leverage before crises & non-availability of funds during crises led to asset bubble burst and pro-longed weak consumer sentiment made the crash of the 1930s the big catastrophe that we call “The Great Depression”.

The ultimate recovery of the economy started to happen when most governments expanded the monetary stock and started to participate in investments directly and encouraging private investments that had vanished in the 1930s.

American public looked to the Federal Government. Dissatisfied with President Herbert Hoover’s economic programs, the people elected Franklin D. Roosevelt as their president in 1932. Roosevelt was a bold experimenter and a man of action. Early on in his administration, he assembled the best minds in the country to advise him. This group of men was known as the ‘Brain Trust.’ Within one hundred days the President, his advisors, and the U.S. Congress passed into law a package of legislation designed to help lift the troubled Nation out of the Depression.

Roosevelt’s program was called the ‘New Deal.’ The words ‘New Deal’ signified a new relationship between the American people and their government. This new relationship included the creation of several new federal agencies, called ‘alphabet agencies’ because of their use of acronyms. A few of the more significant of these New Deal programs was the CCC (Civilian Conservation Corps) which gave jobs to unemployed youths and to improve the environment, the WPA (Works Progress Administration) gave jobs to thousands of unemployed in everything from construction to the arts, and the NRA (National Recovery Administration) drew up regulations and codes to help revitalize the industry. Later on came the creation of the Social Security System, unemployment insurance, and more agencies and programs designed to help Americans during times of economic hardship. Under President Roosevelt, the federal government took on many new responsibilities for the welfare of the people. The new relationship forged in the New Deal was one of closeness between the government and the people: a closeness which had never existed to such a degree before.

Although Roosevelt and the New Deal were criticized by many, both in and out of government, and seriously challenged by the U.S. Supreme Court, they received the overwhelming support of the people. Franklin D. Roosevelt was the only president in U.S. history to be elected for four terms of office.

COVID 19 would certainly not lead to any Depression

The immediate response of Central Banks to the COVID Pandemic is to infuse the liquidity into the system. This happened across the world from the USA to the UK to Japan to India etc. The stimuli that came were not just monetary but expansionary and fiscal too, so the approach of authorities is a lot more different this time around and global bodies like WHO, UN, IMF have jointly launched relief measures which were absent during the Great Depression and Spanish Flu outbreak.

Another big difference – the Global economy and Indian economy have been in the doldrums for a while but history tells us there’s always a bubble before a crash. Indian GDP growth numbers had dwindled even before Covid-19 was declared a pandemic so the point we’re trying to drive home is there’s no asset bubble creation in any major asset class – be it real estate or equities.

How we open up our economy and how fiscal and monetary stimulus interact with each other and shape the coming days will have to be keenly monitored. The authorities were quite swift in acting this time and have taken expansionary measures like never before the impact of which is yet to play out.  The world is much more advanced in medical technology to device the cures faster than ever before and with a cure or a vaccine developed, there would be a change in the gloomy outlook soon.

No doubt, we’re in a difficult situation, & we might see a lot of adverse effects like banks collapsing or industries shutting up or even GDP de-growth in the next few quarters, what has to be assessed, however, is our resilience and strength as humankind and the will to recover.

In our opinion, as long as we can prevent our institutions and systems from collapsing most impacts of COVID 19 could be short-lived.

If history is to be repeated, COVID won’t lead to any Depression, but the Liquidity infusion done to prevent COVID impact could lead to a massive rise in asset prices.

Worse may happen, only if the massive rise in asset prices goes un-regulated and becomes a bubble and/or if we face another rise in geopolitical stress that could lead to WW – 3, but both these are fear factors in mind and we know more than 90% of fears never come true.

Photo by Tonik on Unsplash